Lately I have been feeling a little down. Not in the “woe is me” sort of way, but in a “how did I get myself into this” sort of way. I’ve been feeling unlike my self and as a result, a lot of things I have wanted to write about just aren’t finished because I haven’t given them the complete thought that they need.

Which brings me to Jessie Spano.

I don’t know if you all will remember that Saved By the Bell episode, but it is etched in my head like a microchip was inserted. Elizabeth Berkeley captured a moment I have been feeling for the past few months.

In trying to show my dedication to my work life, I have felt like my home life has suffered. No I haven’t felt. I KNOW my home life has suffered as a result. Missed Dr.’s appointments, kids being late to school or being picked up late, arriving home late so I don’t have time for my husband and overall spending zero time with my kids are all things that have happened over these last few months. Like Jessie in that Saved by the Bell episode, I keep feeling like “There isn’t enough time”. I never have enough time for any of the things that interest me outside of work. I’m not talking about selfishly galavanting around town (although that would do wonders for my inner being right now) I’m talking about spending quality time with the people I love most in the world. Even though I like what I do professionally, to me family and friends are what make your life, not what you do. This is also what makes me a little sad. Because I know I can’t get these moments with family and friends back. If I don’t keep in touch with friends on a regular basis, they go on with their lives and close friends all of a sudden become distant, no matter how many drunk nights, close secrets and clothes you have shared. As we get older, those relationships need to be maintained, not forgotten about.

My time with family definitely can’t be recreated. Did you ever see the movie Click?

This movie made me cry at the end. AN ADAM SANDLER MOVIE MADE ME CRY. Let’s just think about that for a moment. The point being, I love my kids. I don’t want to fast forward through their existence only to find children I don’t recognize anymore and children that don’t know me. That’s not how I grew up and it’s not how I envisioned my life as a parent to be.

So why am I referencing Saved By the Bell and The Cosby Show in the same blog post? Because they were my existence growing up, that’s why.  I don’t really need a reason other than they were two of the best shows on air as a kid.  That I would reference both in the same blog post is like a dream come true. Sorry, I digress.

The enviable and unattainable Claire Huxtable, that’s why. 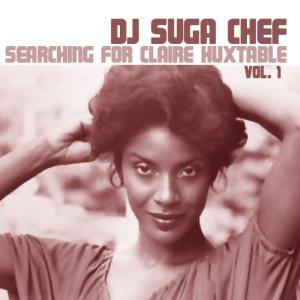 She was the supermom we all aim to be.  Claire was and still is regarded by many as the epitome of womanhood.  A strong feminist, a lovely and doting wife, a supportive and caring but firm mother, She was everything. But trying to be her will kill us.

But guess what?  She was also the person who fed us TV dinners for months on end, who took us to her university classes at night so she could get her degree, and gave us Gheri curls because it made it easier to do our hair.  Those pictures are in a guarded safe and will NEVER come out.

But real moments like those that showed Claire as not being picture perfect were never aired on the Cosby show.  The kids showed up and showed out from time to time, but never Claire. Why?  Because Claire ALWAYS had time. If she didn’t, Cliff was right there to pick up the pieces.  What happens when your Cliff or Claire fails to pick up those pieces?

I’ll tell you what happens.  Resentment. Disappointment. Feeling like a Failure.

She was a black woman who was a partner at a New York law firm back in the 80’s.  I’m sorry, but if anyone knows of any black women lawyers who were partners and worked in NY back in the 80’s who had ample time to raise and impart knowledge on her 5 well adjusted children, then I will erase this blog and everything I said in it.  But if you don’t, then that would make this read by Mychal Denzel Smith at least interesting.  I don’t believe we need to kill her as Brittney Cooper suggests, but we need to give the real life Claire’s some REAL slack at work and at home.  Parents aren’t perfect, they are far from it. But damn if we aren’t doing the best we can.  When work life and home life both demand you give your everything, something will inevitably fail.  Which is why Claire as a character made for great TV, but in real life, she can never be attained.

Let me set the record straight.  I’m not trying to set low expectations for how people see themselves or how people want to be seen.  I’m saying, in the real world, the expectations you have of your career woman who has 5 children and who has ample time to devote to raising, caring, spending time and nurturing those 5 children will be quickly shattered because it’s not humanly possible to be both.  Something will fall.  There have been ample publications that suggest this.  Trying to live up to what Claire embodied sometimes makes me want to have a Jessie Spano freak out from time to time.  Do you want your wife to have a Jessie Spano freak out because she’s trying to be Claire and “Do it all”? No.  So it might be a worthy read to ingest differing opinions on how we view this mythical Cosby Show goddess and adjust our own beliefs as partners and parents about what we can and cannot do in life.

Family is very important to me.  So if that means I might have to re-adjust my own inner Claire to tame down the Jessie. So be it.